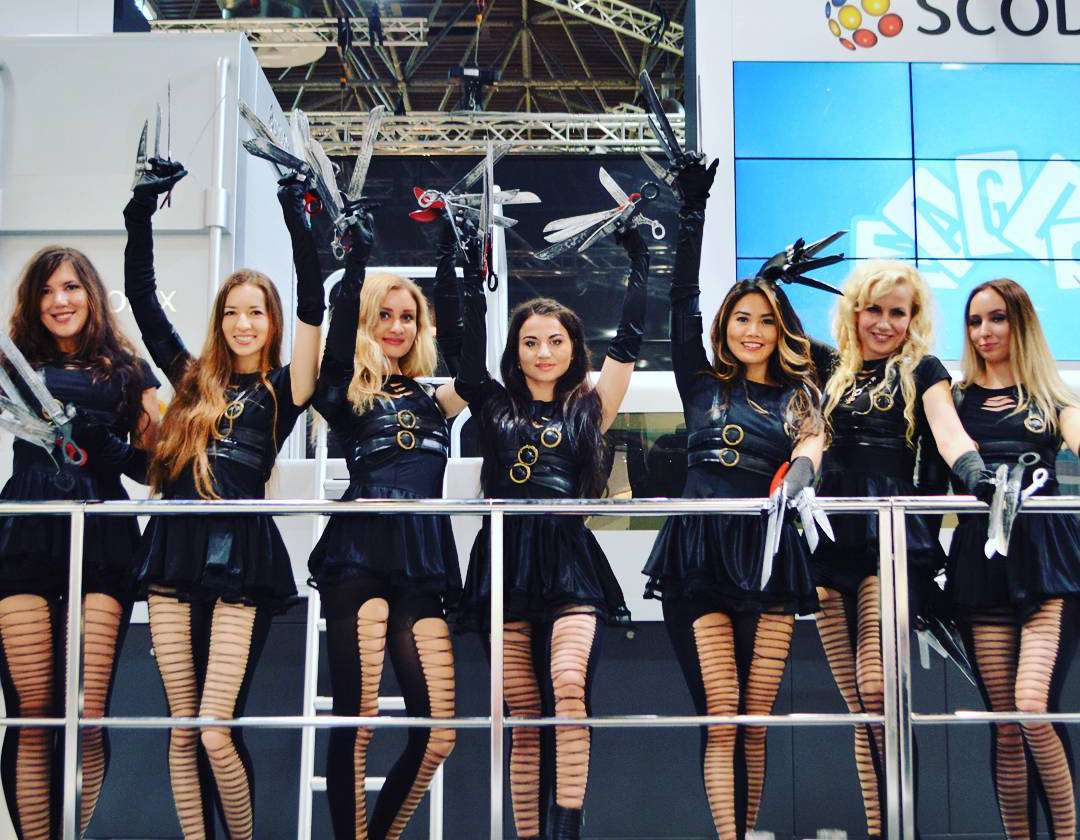 GRAPH EXPO’s opening day was debut to this year’s hottest spectacle: the revolutionary Scissorhands. The real sight to see, however, was the Scissorhands Girls, who were the buzz on the floor and the after parties. Their sliced black tights and Edward Scissorhands gloves made them an unmistakable icon.

Scissorhands software by OpenSoft Technologies (Booth 771) helps to increase productivity and profit margins through unequaled integration and automation with guillotine cutting machines and slitters. It boasts eliminating cutter programming and job lookups by using JDF to make cut programs on the fly. It is showing how cut programs also reduce needed cuts up to 60%.

Scissorhands is smart, too. It adjusts the cut program and clamp pressure based on substrate thickness and coatings. It recommends the right lift size for the work. It also remembers changes made by the operator during the program and intelligently repeats them for the remainder of the job.